For as long as Anne McHugh can remember, her menstrual cycle has brought on bad cramps and heavy periods.

The intensity of her pain has been so bad that once, she went to the emergency room because she thought she might have appendicitis. She didn’t.

“It just felt like a stabbing pain,” she says. Each month, the pain would return.

It took years for her to get a diagnosis that explained what she was feeling. Anne, now 33 and living in Harrisburg, Pennsylvania, learned she has endometriosis.

It’s a common condition that can cause painful side effects, such as:

Anne had surgery to remove the endometrial tissue that had grown outside her uterus. After the surgery, her symptoms went away.

Since going through her medical journey with endometriosis, Anne says she’s been surprised to find out how many other women she knows have gone through something similar.

“It’s a lot more prevalent than people think,” she says.

It can make you exhausted

Laura Bogart can relate to struggling for years with symptoms without any answers. In her twenties, her menstrual cycle was intense. She remembers having abdominal distress and sharp pelvic pain.

It was only later that she found out she had endometriosis.

“The pain would literally feel like an atom bomb going off in my pelvis," she says. "The way I put it to my friend was, ‘I'm always aware of my uterus.’”

Now 40, the Baltimore resident says she wishes she had sought help earlier.

But a negative experience with a healthcare provider made her avoid going to the doctor for years. In her early twenties, a female healthcare provider was examining Laura using a speculum. Laura was surprised that her provider started talking about her weight and suggesting weight-loss surgery before having any information about her general health.

As a self-described plus-sized woman, Laura found the comment extremely distressing. Since that experience, Laura avoided going to the doctor until her late thirties, when her pain had reached an unbearable point.

She tried acupuncture to relieve the pain, and her acupuncturist suggested she might have endometriosis. A family member had also mentioned a history of endometriosis. Those things prompted Laura to get medical help.

That doctor officially diagnosed her with endometriosis and adenomyosis, which is when tissue of the uterine lining grows on the muscle wall of the uterus. Laura ended up having a hysterectomy to remove her uterus and massive fibroids (non-cancerous growths) around her uterus.

“For me, the hysterectomy gave me my life back,” she says. "If I really had one point I had to drive home with this, it’s that if I had had a more sympathetic and understanding doctor and did not feel afraid to engage with the medical establishment, I probably would have gotten treatment for this a lot sooner.”

For Toya Matthews, painful symptoms started in October 2021 — a month after she had a miscarriage.

Toya, who is 26 and lives in Valdosta, Georgia, began noticing symptoms like pain in her rectum, bleeding, and severe pain during her periods.

In May 2022, she was diagnosed with endometriosis. Her symptoms include constipation, bowel issues, severe cramping, and pain in her pelvis, lower back, and abdomen.

“Life today with endometriosis is not fun,” she says. “I’m in constant pain if I’m not taking pain medication.”

While prescription endometriosis medications and over-the-counter pain relievers like Ibuprofen can help treat mild pain, Toya says her next step is surgery. She has surgery scheduled to remove her endometrial tissue, which she hopes will bring lasting relief.

Chronic pain can be lonely

For Katelyn Ludlow, who has a family history of endometriosis, heavy periods have been a constant since she was in high school. She got an endometriosis diagnosis when she was 23.

Katelyn, of Booneville, Arkansas, says life with endometriosis can be tiring.

Now when she has her monthly cycle, she often gets ovarian cysts and feels pelvic pressure.

“During my menstrual cycle, I feel like someone is stabbing me in the uterus, vagina, and lower back with a knife," she says.

“It’s physically and mentally exhausting. It’s very lonely. You know others suffer with it, but you feel bad for talking about it. ‘Am I being dramatic?’ ‘Will others think I’m seeking attention?’ ‘What if someone else has it worse than me?’”

Katelyn worries about her future because she wants to be a mother but wonders whether it’s in the cards for her.

Endometriosis “affects my work. It affects my social life, my romantic life, my relationships with friends and family,” she says. “People want to hear about what you’re going through. But when you have a chronic illness, it’s different. They only want to hear about it once or maybe twice. And then, it becomes a burden or irritating to them. But you don’t deal with it just once or twice. You’re dealing with it all the time — all alone, no medical help, no guidance on how to navigate a normal life.”

What does the doctor say? 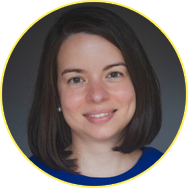 But why does endometriosis cause so much pain? After all, endometrial tissue that’s inside the uterus (where it’s supposed to be) doesn’t bother people.

Current research shows that endometrial tissue outside the uterus changes once it attaches to other organs. It produces more chemicals that cause inflammation and pain. The tissue also changes the organs it’s attached to. Studies show that where organs have endometrial tissue attached to them, there’s more sensory nerve fibers. This means people will feel a more intense pain response.

Many people experience the frustration of having their pain dismissed or minimized. But the science backs your experience — endometriosis is more than “painful periods.” It causes a rise in both pain signals and receptors. 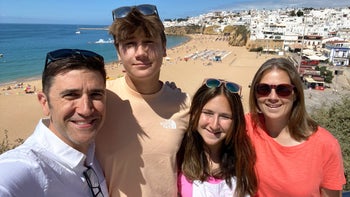 Living With Tourette Syndrome: ‘It Requires Education for Other People to Understand’ 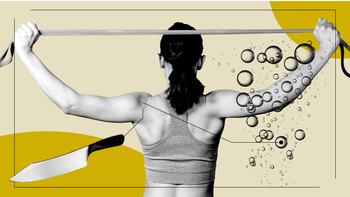 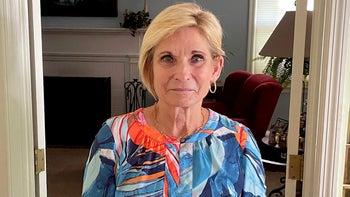 Advice for People With Osteoarthritis and Chronic Hip Pain: ‘Don’t Wait to Get It Checked Out’ 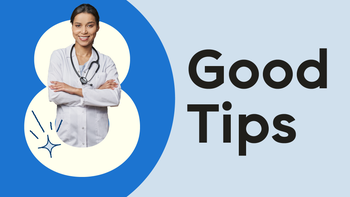 8 Tips for Dealing With Type 2 Diabetes: ‘If You Take Small Steps, This Is Totally Manageable’ 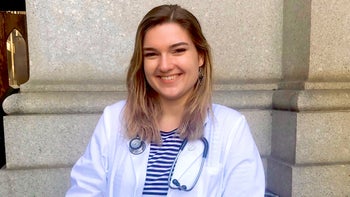 Living With a Little-Known Medical Condition: ‘Finding Someone Knowledgeable Is Really Challenging’ 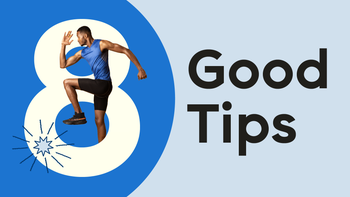 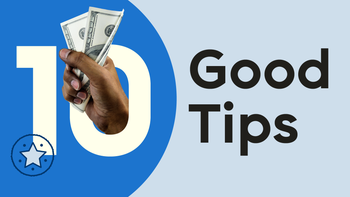 10 Tips for Managing Type 2 Diabetes: ‘This Affects Your Entire Body’ 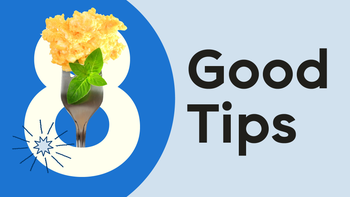 8 Tips From a Working Mom Managing Type 2 Diabetes: ‘When I Found Community, That’s When I Started Doing Better’ 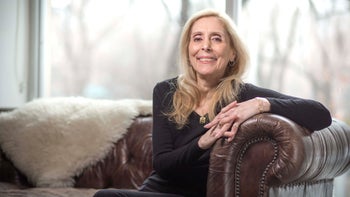 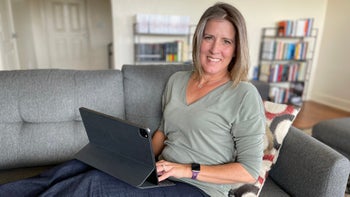 Cystic Fibrosis Isn’t a Death Sentence: ‘There Are Still Ways to Live’ 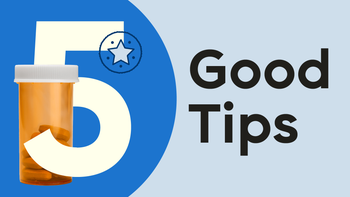 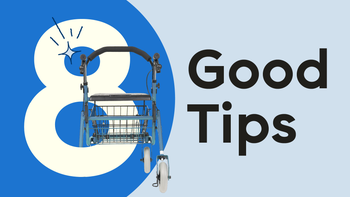 8 Tips for a Smooth Recovery from Joint Replacement Surgery 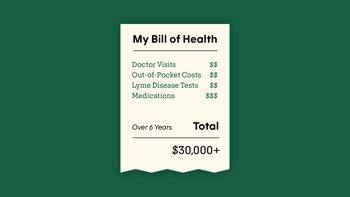 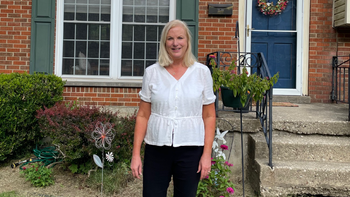 6 Ways to Manage Type 2 Diabetes: ‘It’s on My Mind Every Day’ 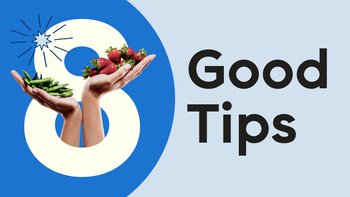 8 Tips for Eating Well When You Have Diabetes: ‘Don’t Be Afraid of Food’ 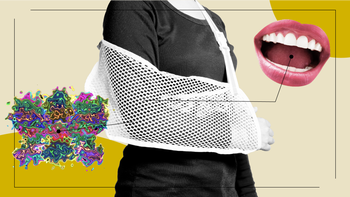 What Does It Feel Like to Break a Bone? 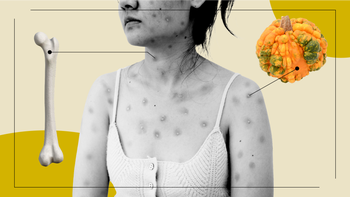 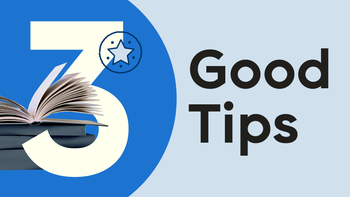 3 Tips for Managing Type 2 Diabetes: ‘You Must Take Control’ 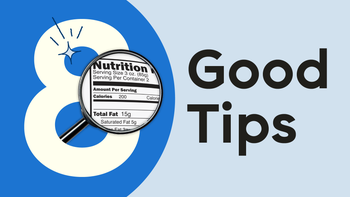 8 Tips From People Diagnosed With Type 2 Diabetes: ‘I Really Have to Read Labels’ 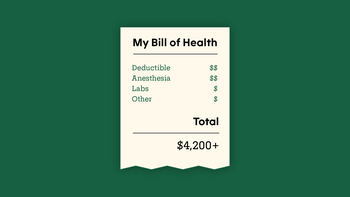 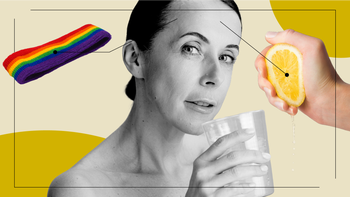 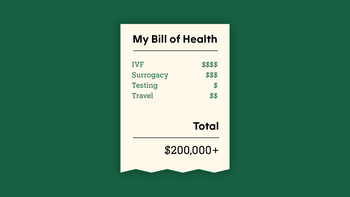 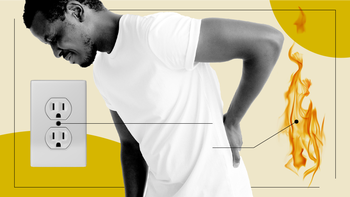 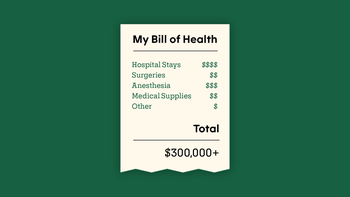 How I Saved $14,000 on Joint Replacement Surgeries — My Bill of Health